Harry Fear is best known for his unique live video streaming coverage of the Gaza – Israel conflict in 2012 on RT news channel (formerly Russia Today) which is pioneering the use of wartime video streaming.  He covered several of France’s recent terrorist incidents; the historic closure of the Calais ‘Jungle’ camp; anti-migrant violence and the rise of the far-right in Europe; the Greek Debt Crisis; and Turkey’s ongoing crackdown on dissent. Harry is also a keen public speaker and has spoken to audiences on five continents. He has delivered three TEDx talks (Challenging Realities, the Mainstream Media and You; The Globalised Heart; and Passionate, Political, Personal Development) – (source www.harryfear.co.uk)

Harry Fear is a passionate journalist and proficient behind the camera. He filmed a documentary film, A Matter of Hope, about HIV/AIDS in South Africa (2010), Gaza Still Alive (2019) and currently working on a ‘mini documentary’ for a startup educational NGO called Africa Innovate in Malawi. Getting in touch with Harry was easier than expected. He is a good friend who is humble and very pleasant. We talked about many issues and  I have decided to share our nice conversation here.

Assalamu’alaikum wr.wb.  Can you tell me a bit about yourself? 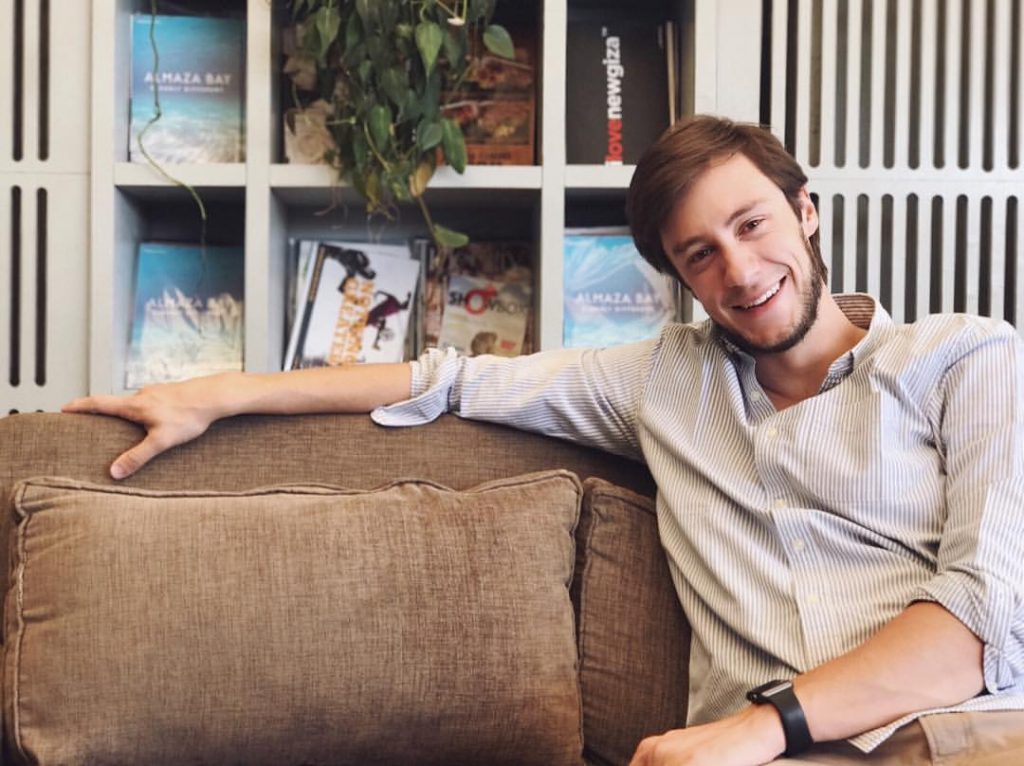 Wasalam! I’m a 30-year-old British journalist and filmmaker, best for my wartime coverage of Palestine and my political and social reporting from the UK. I’ve been lucky to travel to a large number of countries and have been privileged to have witnessed or reporter on all types of extraordinary and historic events – two Israel–Gaza wars, the (so called) European refugee crisis, the aftermath of terrorist attacks and various socioeconomic and political stories. 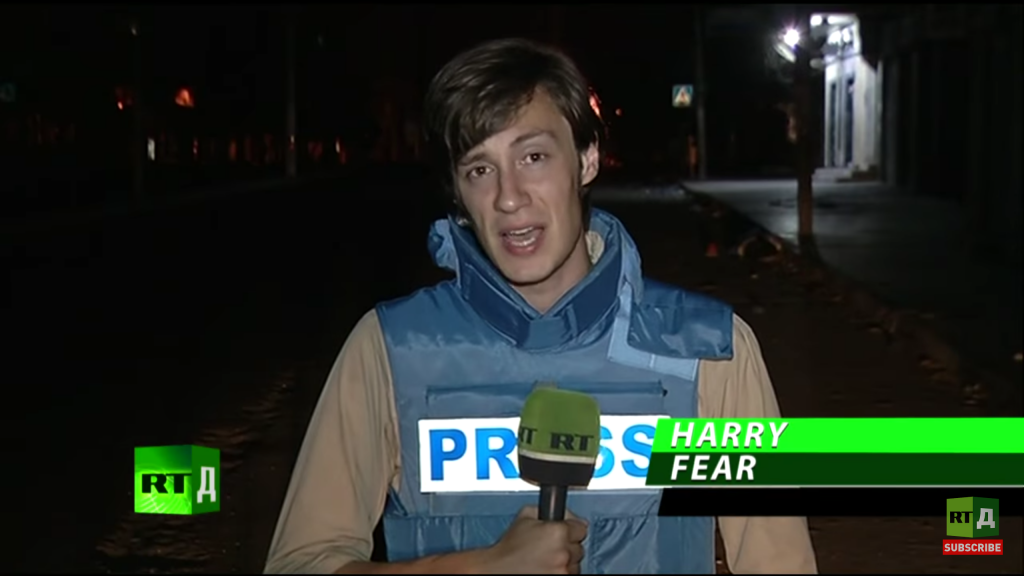 It was a blessing that the work I was doing back then to raise awareness about the horror of war in Gaza was seen by so many people. I’m very grateful that I was able to have some positive effect in exposing the unacceptable truth that is so often suppressed. I first visited Palestine as an eyewitness citizen journalist when I was 22 years old. With the help of Palestinian friends and local hospitality, I simply used by self-developing skills in media to report what was happening. The chance was open to anyone as the Egypt–Gaza border in particular largely reopened in 2012 as Egypt’s Morsi was then in power.

Does this documenting about Palestinian encourage you to convert to Islam? 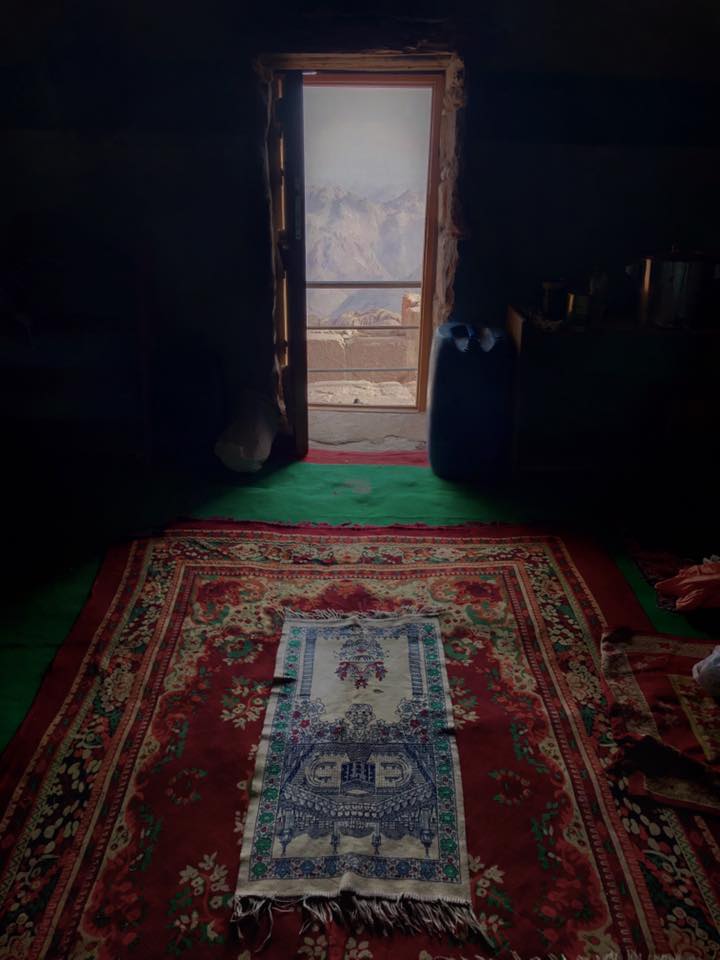 The Palestinians faith in life (steadfastness [AR: “sumud”]) and their psychospiritual resilience definitely informed my inspiration of Islam. But I was more touched by experiences in the UK that led me to practically find Islam. However, it was, indeed, of political context my finding Islam – given rampant Islamophobia in the UK and the very real political attack vectors with their sights on Islam, Muslims and Muslimness.

I follow your social media and see your post. Is your post on social media the same as your daily life? Is there any difficulty you have faced to learn about Islam? How do you handle it?

Well, let’s raise a red flag. Social media doesn’t indicate anyone’s piety or faithfulness. I do admit, though, that I love to use Instagram as a place where I can be spiritually and religiously fully expressive. I save that for Instagram and have a quite different audience there to the other social media platforms. Being consistency (that is, avoiding hypocrisy) is something we all struggle with and I’m not going to pretend that I don’t face that also (!). As for troubles I’ve faced with Islam, they are many; and too many to go into here. But above all, Islam is amorphous and means different things to different people. Some things like the 5 daily prayers are more static and less contentious, but most else is quite various and even controversial. Finding one’s own authentic and integrated Islam is thus quite difficult if one wants to be authentic and not adopt a particular sub-culture or sub-ideology of Islam. I can say it took me years to find and realise what ‘my Islam’ was going to be. As for how I handle social media and my faith: the main thing I do is try to avoid posting photographs of myself as I’ve come to see that modesty is extremely important and the spiritual, social and psychological harms that come from the excesses of ego and vanity in the social media space are enormous and cancerous. I’ve come to prefer to keep photos of myself to a minimum thus.

Being a journalist and filmmaker must make your travel around the world to filming about a lot of things. How many countries have you visited? What’s your favorite country and why? Do you want to get back to that country?

Over the last decade in media, I’ve been privileged enough to travel a lot. I’ve just visited Malawi for the first time. I’ve visited about 33 countries. My favourite country is easily Egypt. I find the people the most warm, friendly, honest and down to earth. Those are qualities that I find life affirming to feel and convect. I also found Canada very positive. Sweden, too. Malaysian food is the best in the world for taste. I’d love to visit Tunisia and Lebanon next. For the last two years, I’ve carbon offset all of my flights, which is a duty (and privilege) I feel strongly about.

It is difficult now to trust the media. A lot of times journalists write news not based on the facts or even framing with specific purposes. What is your opinion about it? 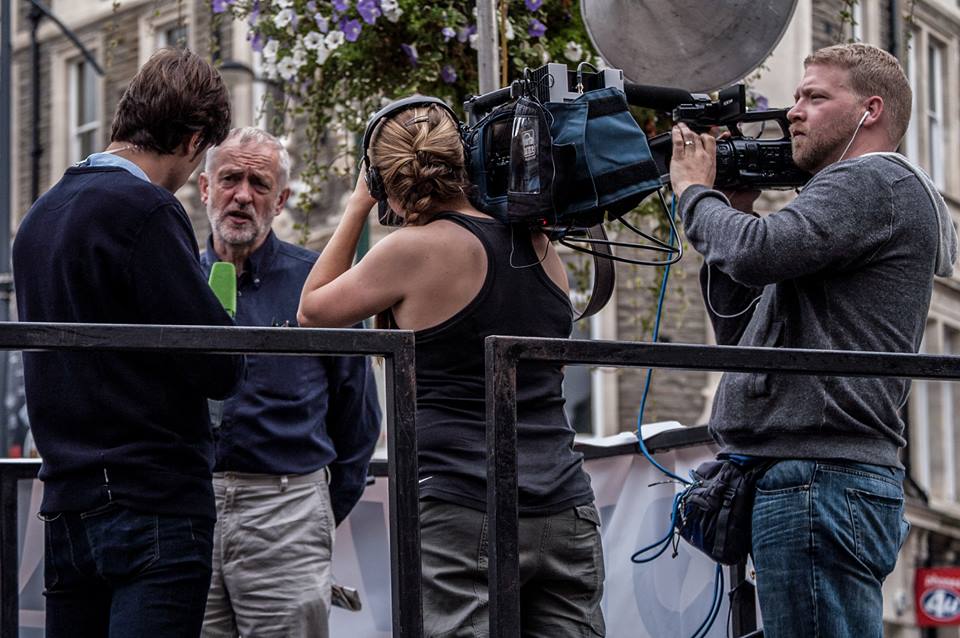 Well, news should be based on facts. If it is based on falsehoods or distorted facts, it’s what’s been come to be called ‘fake news’.There is a lot of opinion, though, these days – op-eds and analysis pieces –, which should be marked as opinion (rather than news) according to best practices. But, it’s, indeed, true that politicians are less and less adequately challenged on the falsehoods and distortions they present, which has led to a diminishing of journalism and a weakening of citizens’ trust in their media. Framing is everything, indeed. Framing is how a story’s pillars are formed, which informs (no pun intended) what facts are chosen and what ‘moral of the story’ is thus given. But it’s important to illuminate that agenda is also important. Agenda is the real power that we often don’t think of. The journalists bosses are somehow the TV/press outlets’ editors, who decide which countries or policies or people or stories are covered at all. If you can exclude certain stories from people’s vision, how you frame a story becomes strongly subsidiary. These days stories are often chosen, framed and produced around intentions of what’s “normative” (i.e. mainstream), “commercially viable” (i.e. able to grab people’s attention), “professional” (i.e. based on conventional corporate wisdoms). The titular quote comes to mind: “you can’t be neutral on a moving train”. The normative, commercially viable and professional media therefore are small-C conservative of certain power structures and prejudices. This explains why media coverage very much shapes our perception of events as well as our ability to reimagine reality. I recommend a great book “How to Re-imagine the World: A Pocket Guide for Practical Visionaries”. What’s needed is sustained (crowd-funded) alternative media that shows up (and indirectly trolls) the corporate media and its literally insane coverage.

I watched your new documentary “Gaza Still Alive” which is in my opinion, is so inspiring. What do you want to say through this documentary? ‘Gaza: Still Alive’ was a passion project more than a year in development from conception to release. It is the culmination of my war and security reporting in Gaza and following of the geopolitical dynamics of the Israel–Palestine conflict. It uncovers the often overlooked subterranean scars of the Israel-Palestine injustice on Palestinian civilians; civilians who are often wilfully dehumanised by the corporate mainstream media. The film seeks to sensitively humanise and sensibilise the audience to Palestinians deep invisible psychological suffering as a result of successive Israel regimes’ oppression. I chose the mental health angle for various reasons, including because it’s under-reported and because it facilitates a more empathic viewership as audiences are asked to imagine the mental health landscape of interviewed characters. The Palestinian people are almost uniquely brutalised by the world’s great powers. The scars are somehow unimaginable and unbearable; and yet in the film Palestinians teach us resilience and strength in the face of evil. But further, the film also explores the physical and mental health cost of this apparently superhuman ability to survive in the face of all efforts to crush them.

Do you have any plans to make a similar documentary? Perhaps about the kids from war victims in Yemen, Syria, Rohingya?

Trust me, making one in-depth film about war trauma is quite enough to research and direct. It’s not really cheery stuff. And a lot of the dynamics and analyses are sadly transferable between conflict zones.

You are very determined to fight for truth and justice in documentary works and social media posts. What made you take the position to continue to fight for the truth? 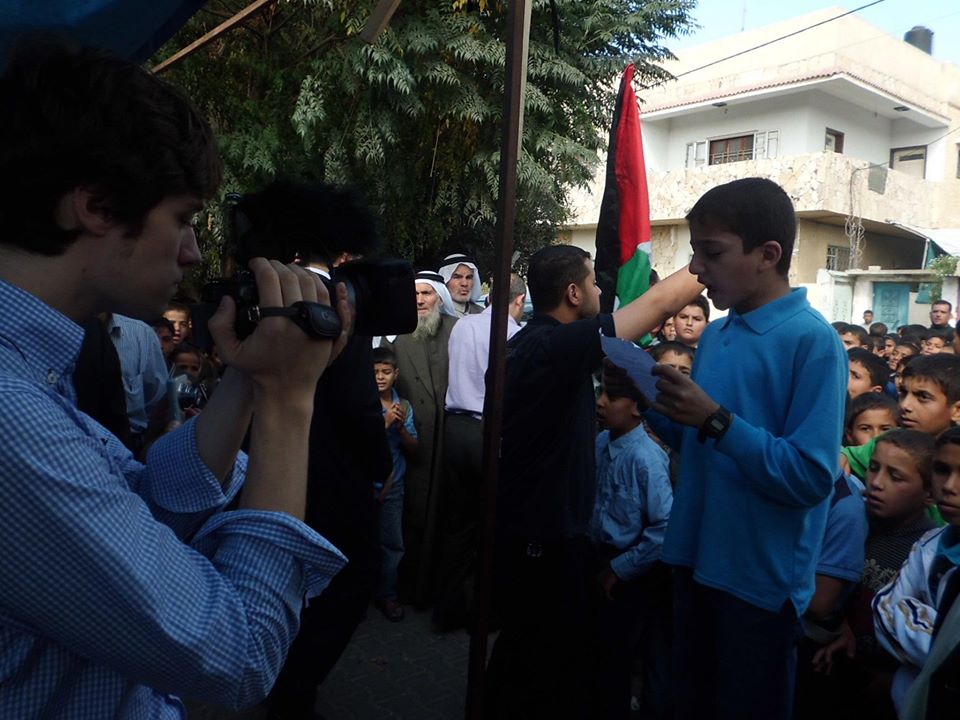 I guess I’m just a really angry person.I’m kidding. That’s a hard question to answer, though. I suppose I’m just drawn to speaking up and exposing what I think is important to expose like a moth to a flame. I don’t feel unique in this. I think it’s partly driven by my personality and character type and lived experiences.

Do you have any plans to go to Indonesia someday? 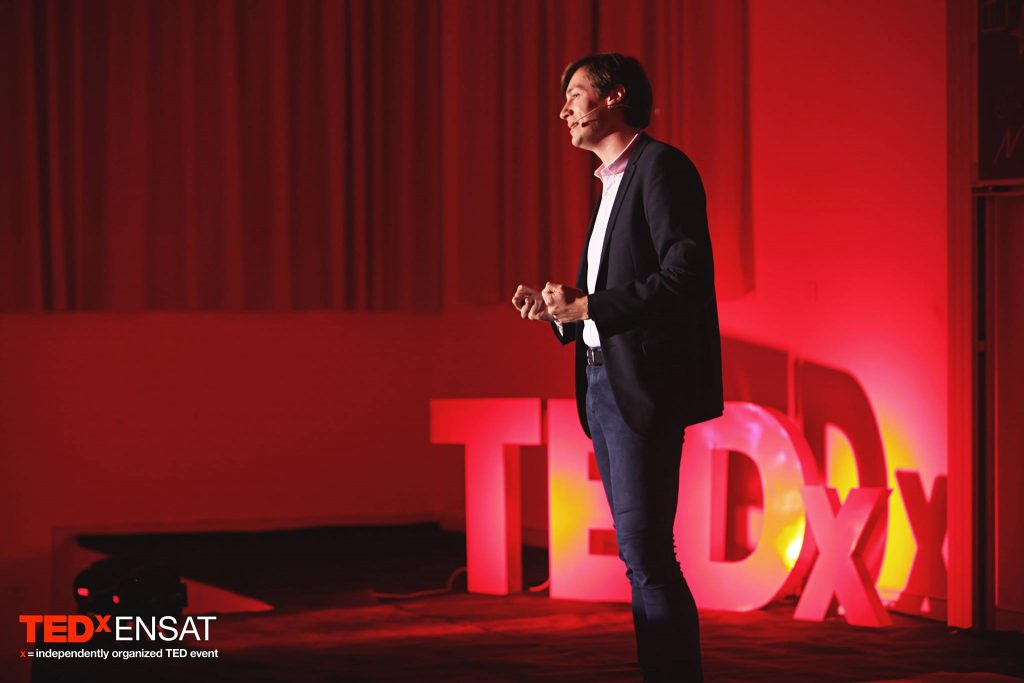 I’ve not got plans to travel to Indonesia. I was invited to speak in Indonesia in 2012/13 after the November 2012 7-day war, but due to local political considerations at that time the country was skipped over expected immigration complications.

Last but not least, what is your favorite quote that may inspire our readers? 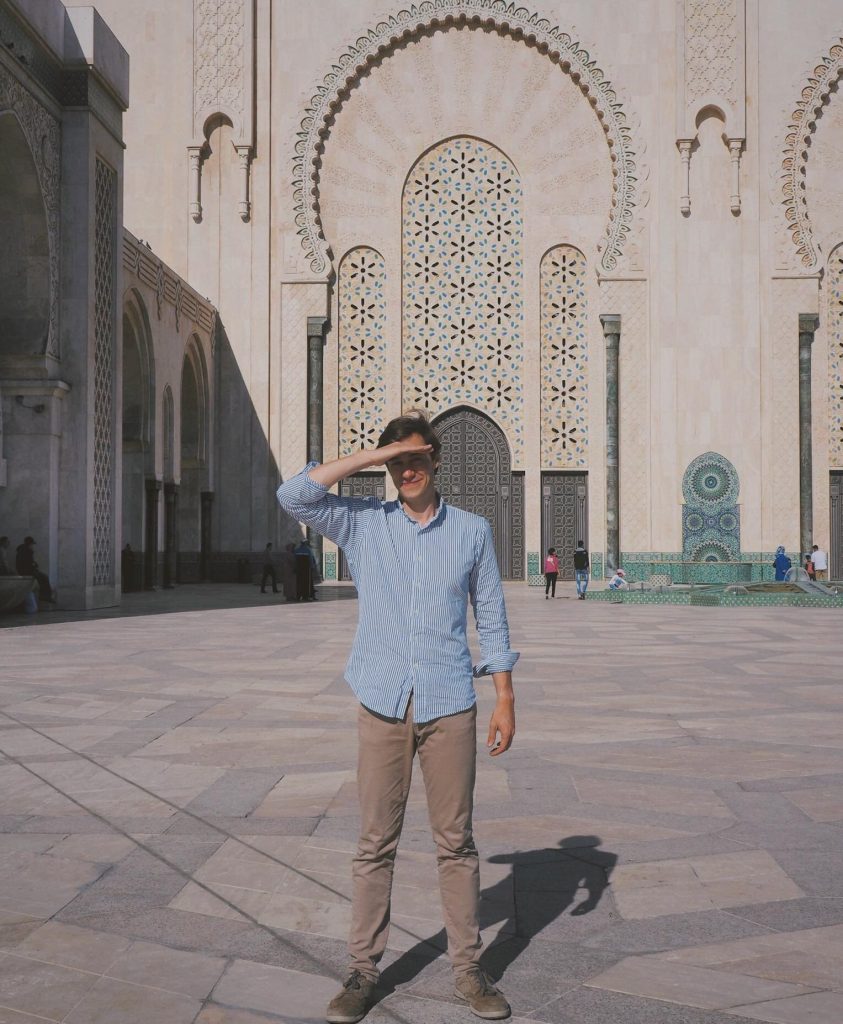 Touching on my comments before ego, modesty and personal development, I love this translated line of poetry from poet Abyd, who according to Islamic theology was quoted by our Prophet Mohammed (ﷺ). “Everything other than God is vanity.”

Thank you so much, Harry! Wassalam. 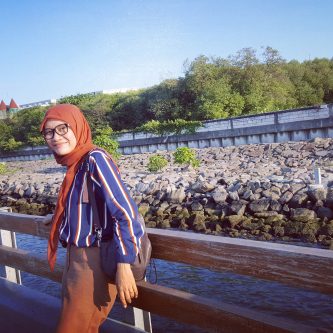 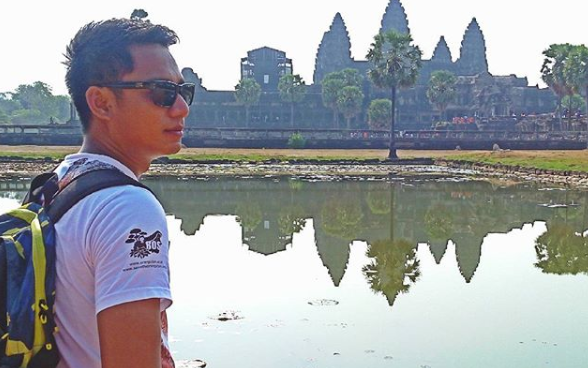 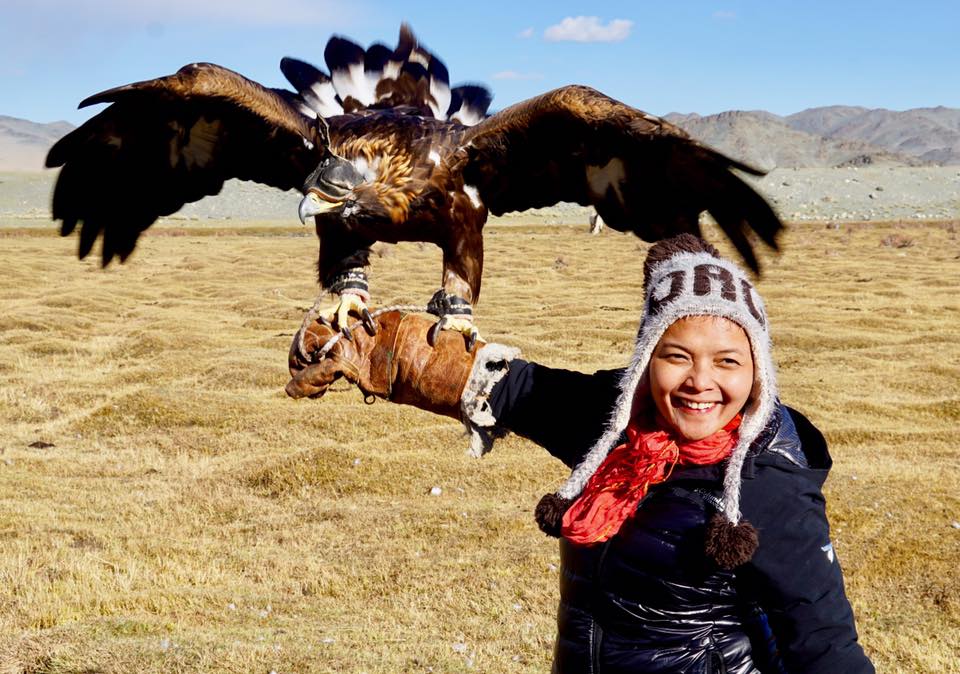 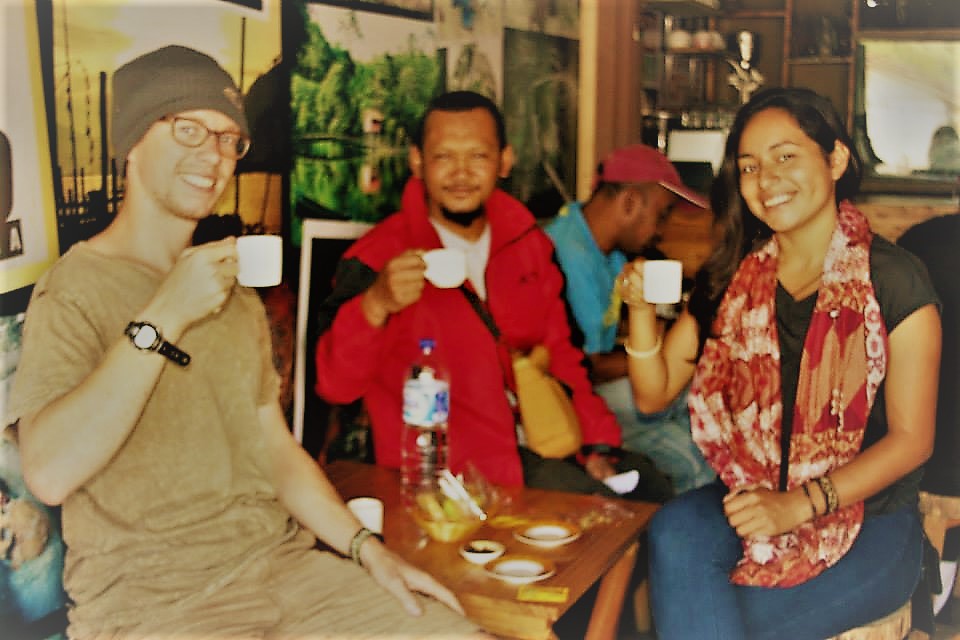 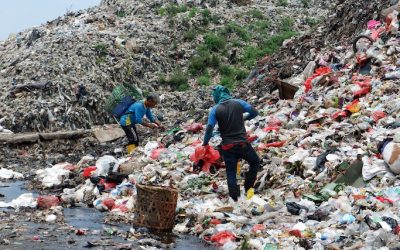 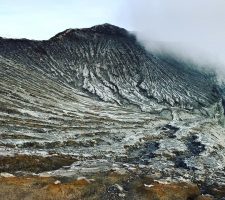 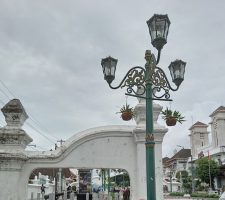